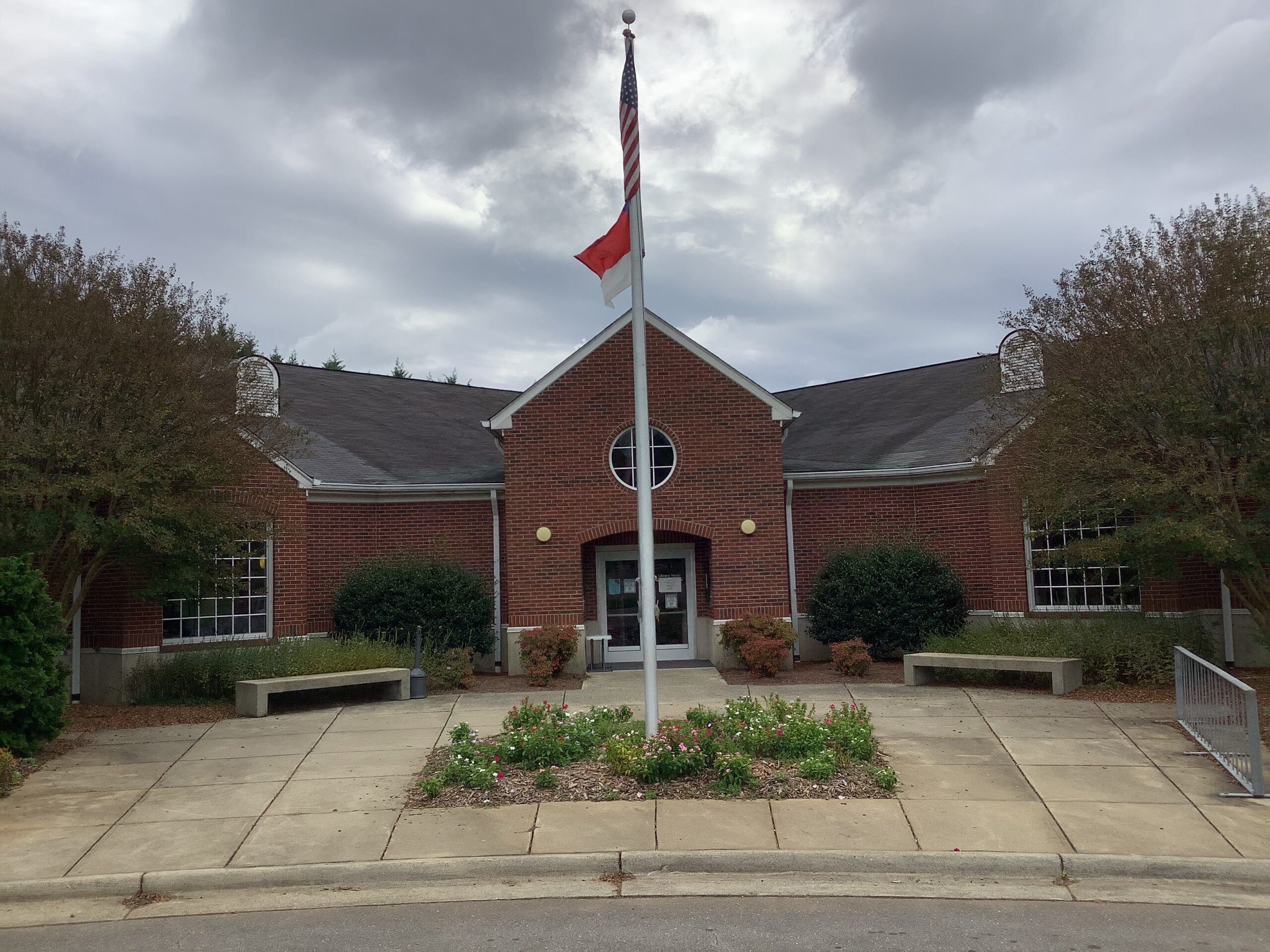 The first exam session is a pivotal movement for a new amateur radio testing team.  The new team leader KX4ZQ took the two hour drive to Fuquay-Varina multiple times to witness how established teams did their exam session.  In this case he had two teams and locations to learn from. Five County VE Team (FCVET) and Central Carolina VE Team (CenCar) do our testing session in similar but they both follow the rules under the administration  of Laurel VEC. FCVET followed the process we learned in developing CenCar.  Allow the potential new team leader to do everything.  Update the computer print documents give instructions work through the computer glitches.  I make it a practice to allow the VE’s on the team to learn how to do everything in the testing process. While training the CenCar team it got to the point doing exam sessions I was able to set back and observe. Giving the session  manager (the person that operates the computer) during the exam session seems to be the best way to train an individual.

Computer issues during the exam is the biggest issue we’ve had.  The computer tries to update and slows down the section manager program. The teams computer should pause the update of the computer.  I found this article.  The biggest problem I had doing the early days was the printer. I kept plugging the printer to the wrong connector on the printer.  The printer I have now there is only one choice.  Another problem if you use your printer on the WiFi at home and connect it at the test session there seems to be an issue transitioning to the portable operation.

Distractions During the Exam

Sometimes it is necessary to communicate during the exam. Try to keep noise down while testing is going on between team members.  You can’t control noise inside the venue but you can do so within the exam site.  After everyone completes the exam it is important to remain as quiet as possible while the session manager is completing the paperwork.  Use the pass fail percentage chart to check your grading work. Don’t let errors get to your section manager.

Before and After the Exam

Before the exam the team leader has to establish the schedule.  This will be based on venue and the teams availability.

The next thing is advertising.  Initially the VEC’s website then ARRL’s website. After that any of the available ham radio sites QRZ, eHam, others. But don’t forget the community websites and Facebook community sites. We need to get the non hams to learn about the availability of people of all ages to get their license.

When I first became a team leader I heard from applicants that thanked me for responding so quickly.  They had been to other teams and they never heard from them.  I decided at that time to respond within 24 hours.  I have a text document I saved with answers to frequently ask questions that usually answers all the questions.  I acknowledge the registration of the applicants with the venues address and study tips. After the exam I notify them individually with their call sign and information for new ham radio operators. One thing we need to do better is getting new hams on the radio.

Notify your team leader as soon as you know you may miss the exam or if there is a possibility you may miss it.  Three VE’s is the minimum but I like six.  Review your policy manual frequently.  If you want more responsibility or a different job let the team leader know. 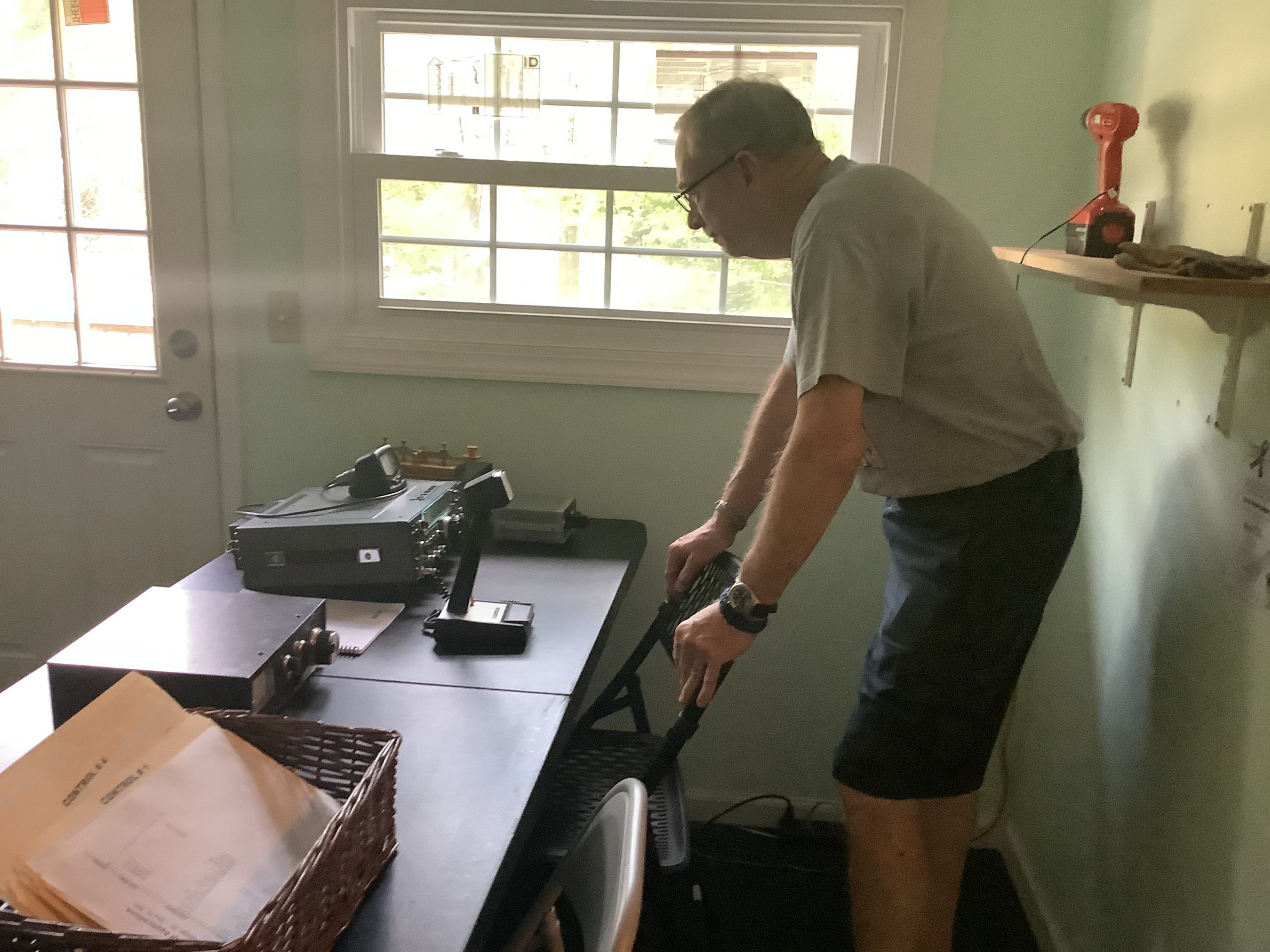 Repeated  opportunities for operation of SM is essential to grasping the nuances of the software and easing one’s mind when operating as I did (by myself) for the first time without your presence on 5 June 2021.  I believe that, while everyone learns by different methods, this is the surest approach to retention of the process.  Call it ‘hands on’ or ‘OJT’ or whatever, but practice makes life easier and hopefully one will have a session without errors.

Not my procedure or your procedure, the new team leaders procedure

Each person is unique, learns and understands a different way, but all of the way, the paths, we use will get to the same result.

Use the core team to train new VE’s

Do not train them yourself, you have enough to do.

My Amateur Radio journey has been an interesting one.  I was originally licensed as KB4LWW in 1984.  I was 12.  But school, scouts, college got in the way and I allowed my license to expire.  I tested with FCHRE on June 6, 2020 and passed my Technicians exam and became KO4EBO.  Then I sat back and said , “Now I have it, what am I going to do with it?”  I decided in August 2020 that I wanted to get involved with emergency communication and realized I needed at least a General Class license to be effective.  I tested with FCHRE on September 26, 2020 and passed my General.  Once glitch was that I had applied for a new vanity call and that was granted the day that I took the exam.  There was some confusion but the FCHRE Team and Laurel VEC worked it out.  On Monday, I was WW4TCH, General Class operator.  I initially was not interest in going for my Extra but was told that while it wasn’t required, Extra Class was encouraged to be as effective as possible.  So I tested with FCHRE on November 7, 2020 and passed my Extra Class exam.  Mark immediately asked me if I want to be a VE.  I believe in giving back to the interests I have and said yes.  On December 5th, 2020 I was a VE on my first session.
Each session after that was a learning opportunity.  The more experienced team members took every opportunity to train the new team members.  People took different roles are different sessions so they were fully trained. The team would go over the requirements and no corners were cut.  Ever.  Paperwork was checked and rechecked.  No one took for granted what the testing requirements were.  That makes an impact on the team members that are training.
In summer of 2021, The CenCar testing group was established and Richard Hall as leader and he asked me to be one of his deputys.  On October 2, 2021 I served for the first time as the Session Manager with Richard Hall providing instruction during the session. It has been an extremely rewarding 11 months.
I believe the success in building these teams comes from Mark’s passion which is infectious.  The whole team is enthusiastic and motivated.  That, I believe, is the “secret sauce”.  You can teach someone how to grade the exam, check ID’s, provide testing instructions and run Session Manager.  You can’t teach them to care, and be generous with their time.
I am very proud of what FCHRE has accomplished and am honored to be part of such an outstanding team.
Tony

Editors Note:  Tony Hall is not related to Richard Hall. We had to do a manual entry for Tony’s general exam because the database we use hadn’t been updated.  A question on the 605 asks does the applicant has any applications before the FCC that had not been acted upon by the FCC.  The answer was no but it wasn’t updated in the db.  We had to do a manual application and Tony had to come back to sign the paperwork.  At the time I wasn’t sure what was going on.

The first document amateur radio operator in Wendell, NC in 1930.  W4AVT G.H. Wright, Jr.  He happened to be the post master of Wendell. Five County Ham Radio Enthusiast started testing in Wendell on July 3, 2021.  We have had 20 applicants testing so far.  9 have passed the technician exam, 6 have passed the general exam and 3 have passed the extra class exam.