We had our monthly gatherings at Mclean’s tonight. Good food and good discussion. Good to see new friends and friends we hadn’t seen in a while. The group decided to meet next month at Mclean’s on July 22 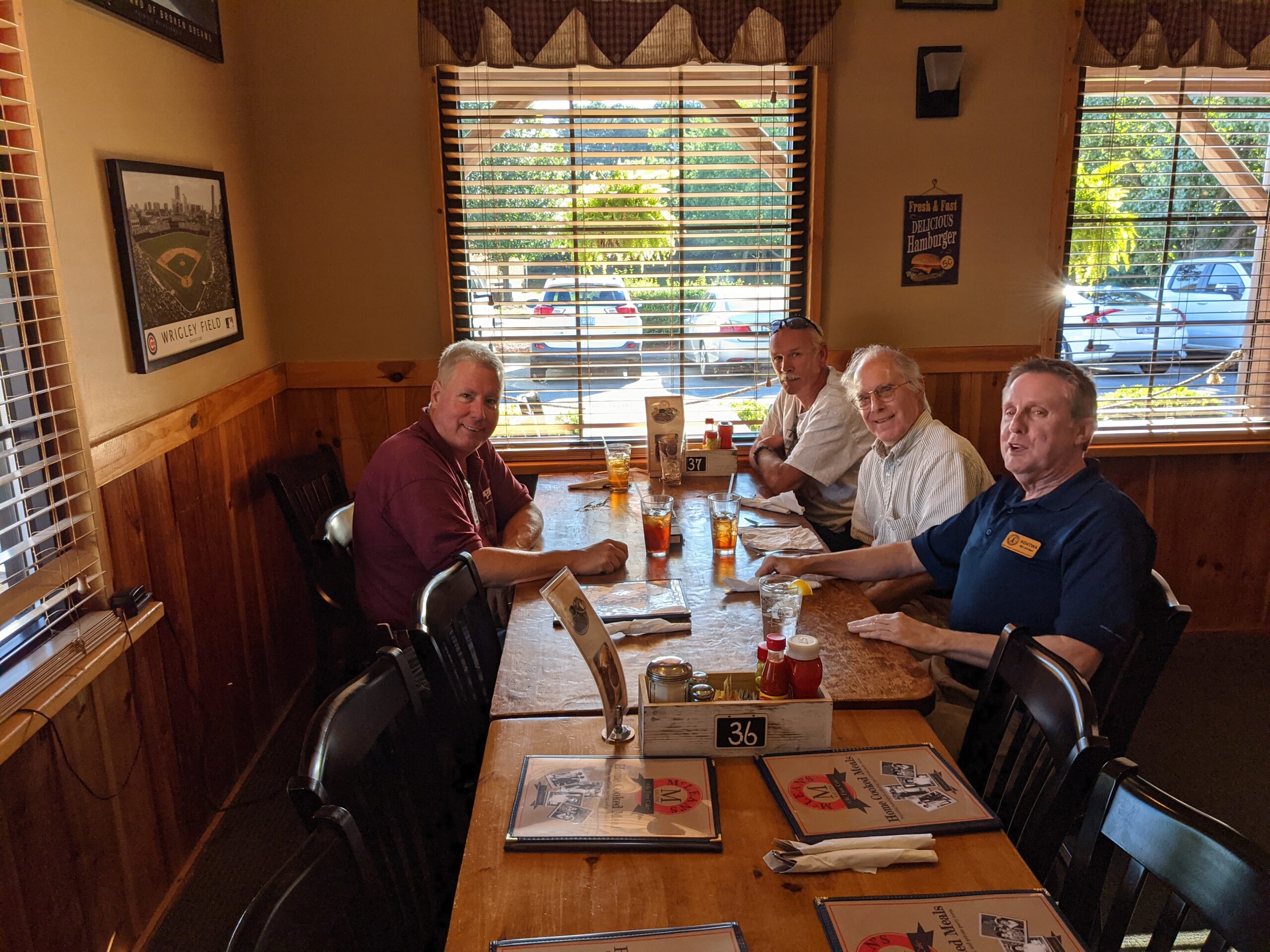 As most of you know FCVET was the first Laurel VE team formed in North Carolina. I had never lead a VE team and maybe had participated in two or three VE sessions before. That first exam wouldn’t have been successful without WD1U coming all the way to North Carolina from Virginia to help with our first exam. We had a tech in a day class with an exam to follow on the same day. 5 of our 9 students passed. My passion is for free exams. AA5AZ approached me about doing an exam in the Goldsboro area. The Neuse River Basin Team is now set up in that area. W4CEC announced his technician class with the exam to follow the only cost was for the exam fee. I couldn’t let that happen. I got volunteers from several VE teams to sign up with Laurel. I twisted Chris’s arm to form his own team to serve his area and his merit badge and radio classes he teaches. He conducts his classes all they way to Camp Durant to the American Legion building in Wake Forest.

Now that things seem to be opening up and K7RLH has decided to start his Central Carolina VE team and serve the Central Wake county area. He has excellent on hands experience and has been a great help on giving exams at Banks Road. He most likely will be testing at the American Legion building in Fuquay-Varina.

I also would like to welcome a new Virginia team to the Laurel VEC. I am a member of the Virginia Fone Net and they recently held their convention. I suggested to the manager to hold a VE session there and he agreed I needed a couple of volunteers from the local area and KX4ZG, KC8VFN and W4GMF were the first three from the local area to jump on board. Westmoreland Amateur Radio Club decided to start a new VE team and KX4ZG agreed to become the team leader. They are a ARRL special service club and now they can give exams for free. We tested Friday and Saturday and got two to upgrade to General and one upgraded to Extra. Thanks to the VE’s that volunteered to Friday and or Saturday N4WDC, KC8VFN, KX4VG, AA4GB, N4MQU and WD1U.

As far as Banks Road we are limited for parking. We are able to keep Banks Road open for appointments and maybe keep our third Thursday exam going. I have an extra set of supplies I can use for testing at special events or private exams or I am also hoping to find a suitable place in Wendell where we could have exams. We have signed up a couple of new VE’s in the Wendell area to help.

I really appreciate 76 people that have volunteered to be a FCVET member. I appreciate the 118 applicants we have tested this year (until end of May)This worked out to 65 new Technicians, 31 new or upgraded Generals, 8 new or upgraded to Extra. This represents a savings of $1,770 for the applicants. This does not include the fee for retakes. We had a recent upgrade to Extra class after taking the exam four times. That would cost them $60.00.

Thanks to the ARRL for promoting non-ARRL teams on their website. Thanks to Laurel VEC for offering free exams.

The new moon was Thursday. I still want to take that camping trip the Staunton River State Park.